Laraaji is a musician, mystic and laughter meditation practitioner based in New York City.
He began playing music on the streets in the 1970s, improvising trance-inducing jams on a modified autoharp processed through various electronic effects. Brian Eno saw him playing one night in Washington Square Park and invited him to record an album for his seminal Ambient series (Ambient 3: Day Of Radiance, released 1980). Laraaji went on to release a prolific series of albums for a wide variety of labels, many of which he recorded himself at home and sold as cassettes during his street performances.

Carlos Gabriel Niño (born 16 February 1977) is an internationally celebrated producer, arranger, composer, musician, radio host, DJ, music consultant, writer, poet, and event organizer, based in his hometown of Woodland Hills, California. He has been an important force in the contemporary independent music scene since 1995. A prolific artist, Niño has been involved in the production of more than 100 records and has toured with various bands and as a DJ throughout Europe, Japan and the United States. 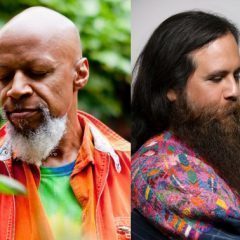 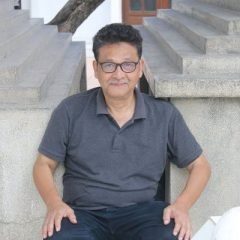 Lebanese-born producer and DJ Rabih Beaini (also known as Morphosis) specializes in grainy, imaginative analogue electronic music. In the past year however, his Morphine label has telescoped in on key (often overlooked) voices in avant-garde electronic and outernational music. After he discovered and produced the explosive Indonesian duo Senyawa, who will also perform for EUROPALIA, Beaini got seriously attracted to Indonesia. Beaini’s genuine musical ability and a range of influences—from his native oriental sounds, over krautrock to new wave—seep into his inventive, dark, and emotional productions and immersive DJ sets.

Percussion, jaw harp, vocal snippets, gongs and bells, is what characterizes the sound of German producer and DJ Jan Schulte aka Wolf Müller. In his various outputs and aliases of musical mysticism, elements of disco, funk and ambient come together in his very own style. The choice of picking this descendant of Düsseldorf’s influential Krautrock history for a journey through Kalimantan’s rural music traditions was obvious.

Born in Cambridge and raised in the Fens, Richard Youngs began making music at the start of the seventies. His early work centred on the family piano. When this was sold in the late seventies, however, the classical guitar and cassette recorder became his instruments of choice, along with anything at hand that made a sound. From then on he has played any number of roles with bands such as Astral Social Club, Concrete Hedge, No Deserts, Jandek and Future Pilot A.K.A. Recent collaborative work with Andrew Paine, Heatsick, Kawabata Makoto and John Clyde-Evans also show him as a highly social musician. 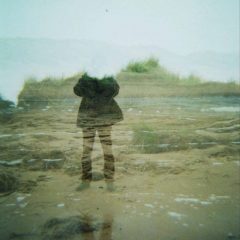 A multi instrumentalist musician in his own right, Dea also spearheads the niche Frisbee Records alongside long time friends spAceLex and Albion. The label’s distinctive upbeat sound lends upon various italo, disco and world music elements to create a bright fusion of dance floor records represented in its Heavy Rotation releases. His extensive knowledge of audio engineering is also pushing him to design a bespoke analogue recording studio at Potato Head whilst simultaneously redesigning the in house systems. 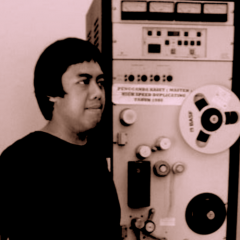 Currently based in Amsterdam, Steele Bonus is a music lover, DJ and record collector with a passion for uncovering oddball sounds. In his hometown of Sydney, he was immersed in the DIY party scene for over a decade, organising events and DJing in clubs, bars and warehouses. The most notable stretch as a resident at the 6 year running High Spirits party. Over the years he has slowly earned a reputation for creating mixes that never fail to impress, in 2014 his series Odd Waves evolved into the physical form of a small publication and mix CD which sold out at stores around the globe. 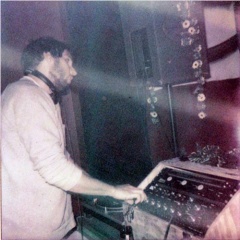